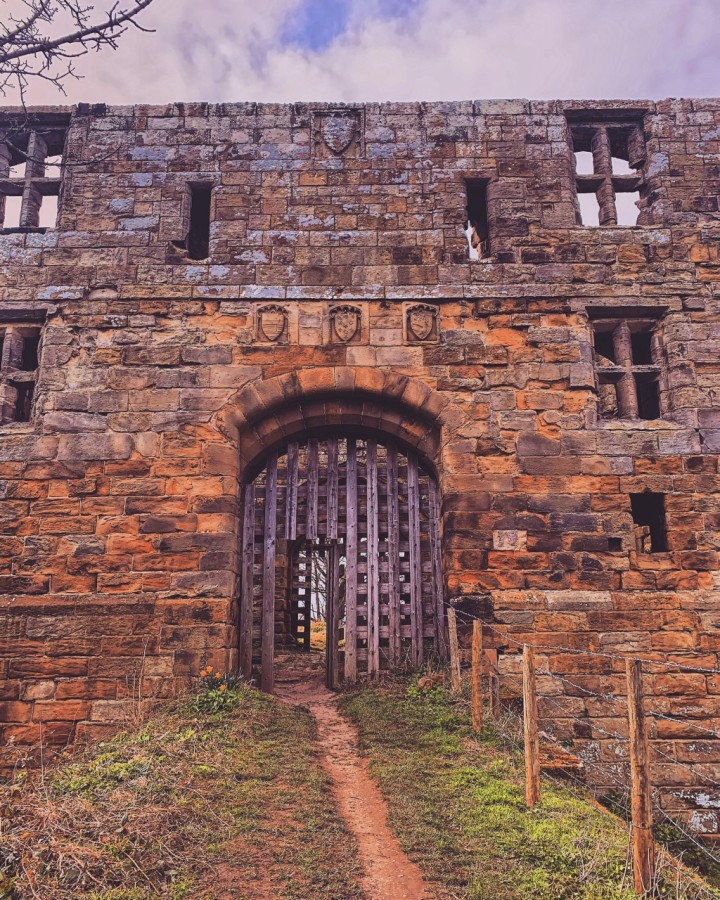 Hello everyone, here I am breaking away from my Plantagenets once again, however I am so excited about this post. Today (whilst socially distancing) my family and I went to look round the ruins of an old castle which is literally about 15 minutes away from our house. We have never visited it before and shockingly never even heard of it until earlier this week. Intrigued? If so, read below to discover Whorlton Castle!

Whorlton Castle is a ruined medieval castle in North Yorkshire on the edge of the Moors. It was built in the early 12th century and is an example of Norman architecture, more specifically the Norman motte-and-bailey. The castle is an interesting example of a motte-and-bailey that was used throughout the medieval period and well into the early modern period!

The castle was known in the 13th century as Hwernelton or Potto Castle, after the small village of Potto nearby. Whorlton was recorded in the Doomsday Book belonging at that time to Robert, Count of Mortain, the half brother of William the Conqueror!! It was then passed on to the de Meynell family. The initial structure would have been a wooden fortress, then stone, with the stone fortress part of a larger fortified enclosure which would have included the village of Whorlton and the church.

Sadly, Whorlton Castle fell into disrepair quite early on in its history in around the 14th century. In the 14th century it was passed onto Lord John Darcy of Knayth who was a courtier at the time. Darcy made substantial changes to the castle; levelling the motte and building a new keep and building a fortified gatehouse.

We don’t hear much about the castle then until Henry VIII granted Whorlton Castle and the estate to Matthew Stewart the 4th Earl of Lennox. His eldest son was Henry Stuart, Lord Darnley who would later marry Mary Queen of Scots. It is believed that the letter the Countess of Lennox wrote to Mary Queen of Scots proposing marriage between Mary and her son was written at Whorlton.

In the late 16th or early 17th century a house was built by the Lennox family which adjoined the gatehouse. Sadly, the house doesn’t survive but you can see the roofline on the north side of the gatehouse. Eventually the castle once again became property of the crown where sadly it fell into an increased state of disrepair. Whorlton Castle was then given to Edward Bruce, the 1st Lord Kinloss in 1603 and the title Lord Bruce of Whorlton was given to his second son, Thomas Bruce in 1641.

By the 19th century however the ruins of the castle had all but disappeared. The castle was eventually sold in 1875 to James Emerson of Easby Hall. It is now privately owned, bought by Osbert Peake the 1st Viscount Ingleby and it became a listed site in 1928.

The 14th century gatehouse is all that really remains of the castle at Whorlton and is the main attraction when visiting- which I would say is a must! You can wander around, enjoy the views and even go have a peak at the second storey as there are stairs! As I said at the beginning I didn’t know this castle existed and now, knowing the immense history of the place I am in love with it! I can’t recommend this place enough for a small slice of history to brighten up your day. It certainly brightened up mine.

Skipper, L (2009). The Castle on the Hill: Memories of Whorlton Castle. Stockton-on-Tees: Black Tent Publications. I

One thought on “Discovering Whorlton”